How We Made Our First Mobile Game

We are Landau Interactive, a digital agency that specializes in interface design. We never developed mobile games, but we always wanted to try.

On the project, we had: 2 project managers, 1 designer, 1 developer, 1 copywriter and one idea inspirer.

Not that it was a full team to create the game, but we put our soul into the project and decided to make it ourselves. 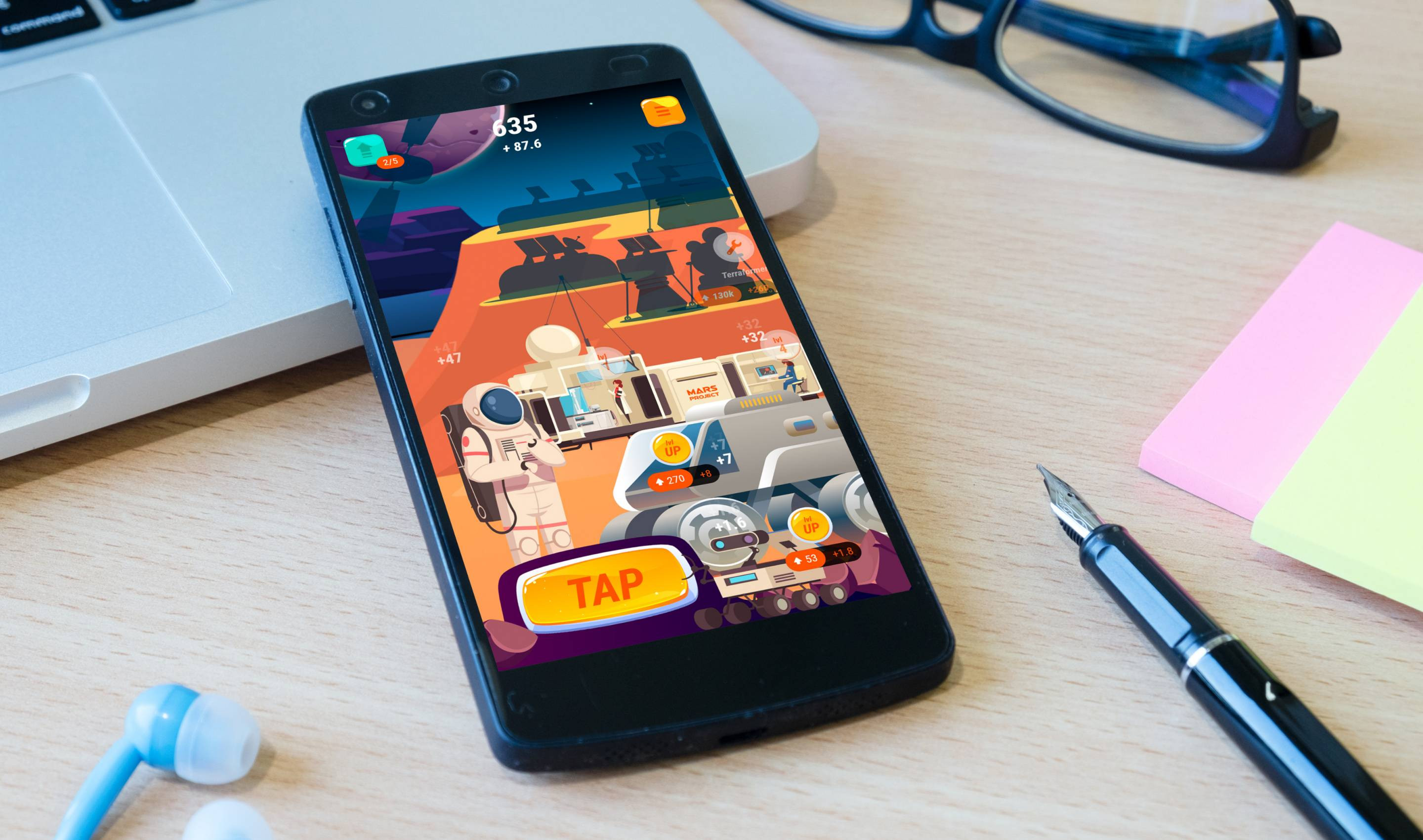 The idea to try his hand in game development came to Ivan - art director of Landau.

Remembering the legendary toy Cookie Clicker, Ivan caught fire with the idea: to take the mechanics of the clicker and to come up with your own game based on it. 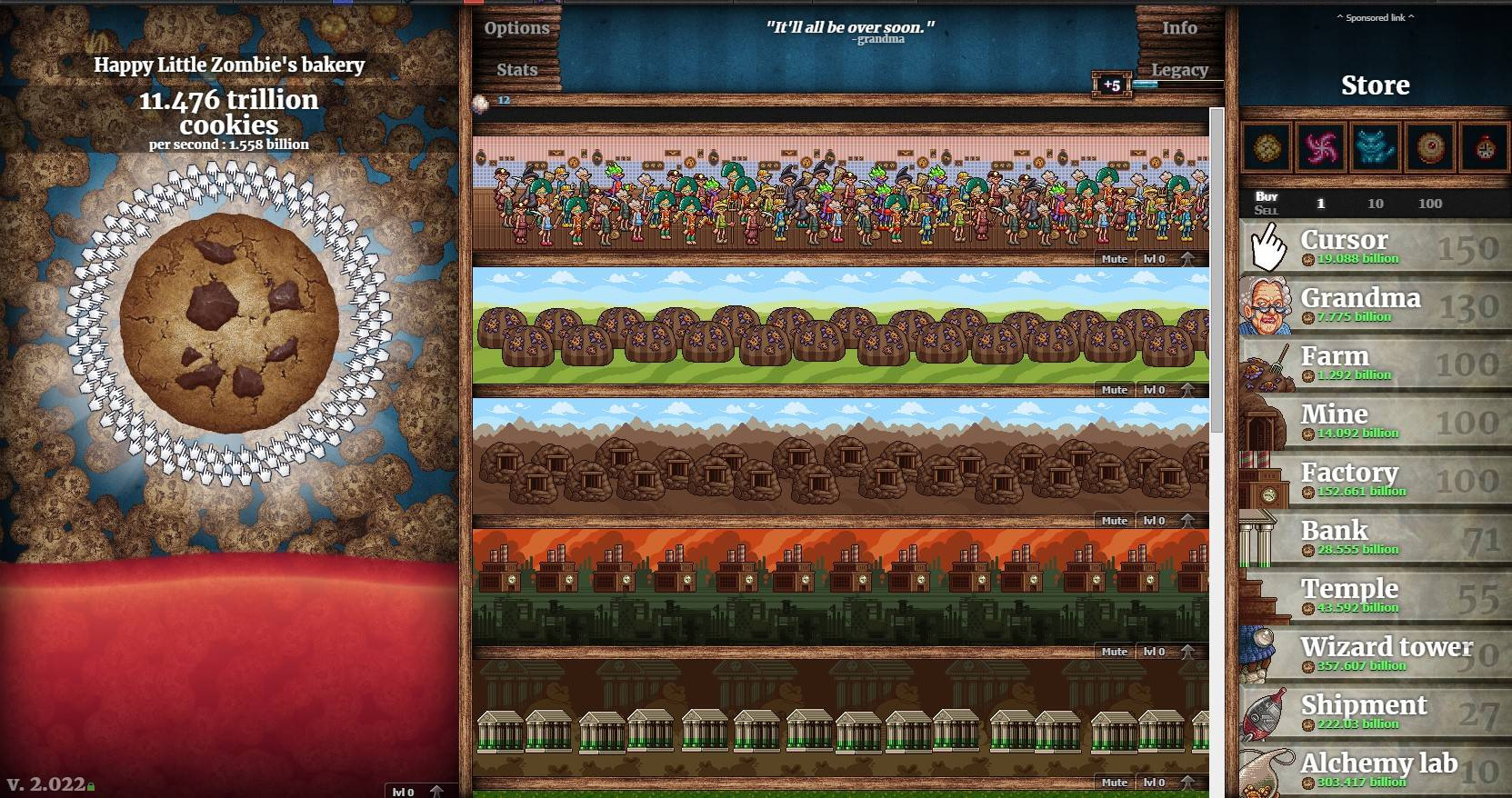 The plot, design and gameplay were not clear. Ivan of course had thoughts about what a setting could be, but he decided to listen to other options and invited our copywriter Polina to the project. 😉

At that moment the team consisted of 2 people. On January 13 the first task on the game was set. 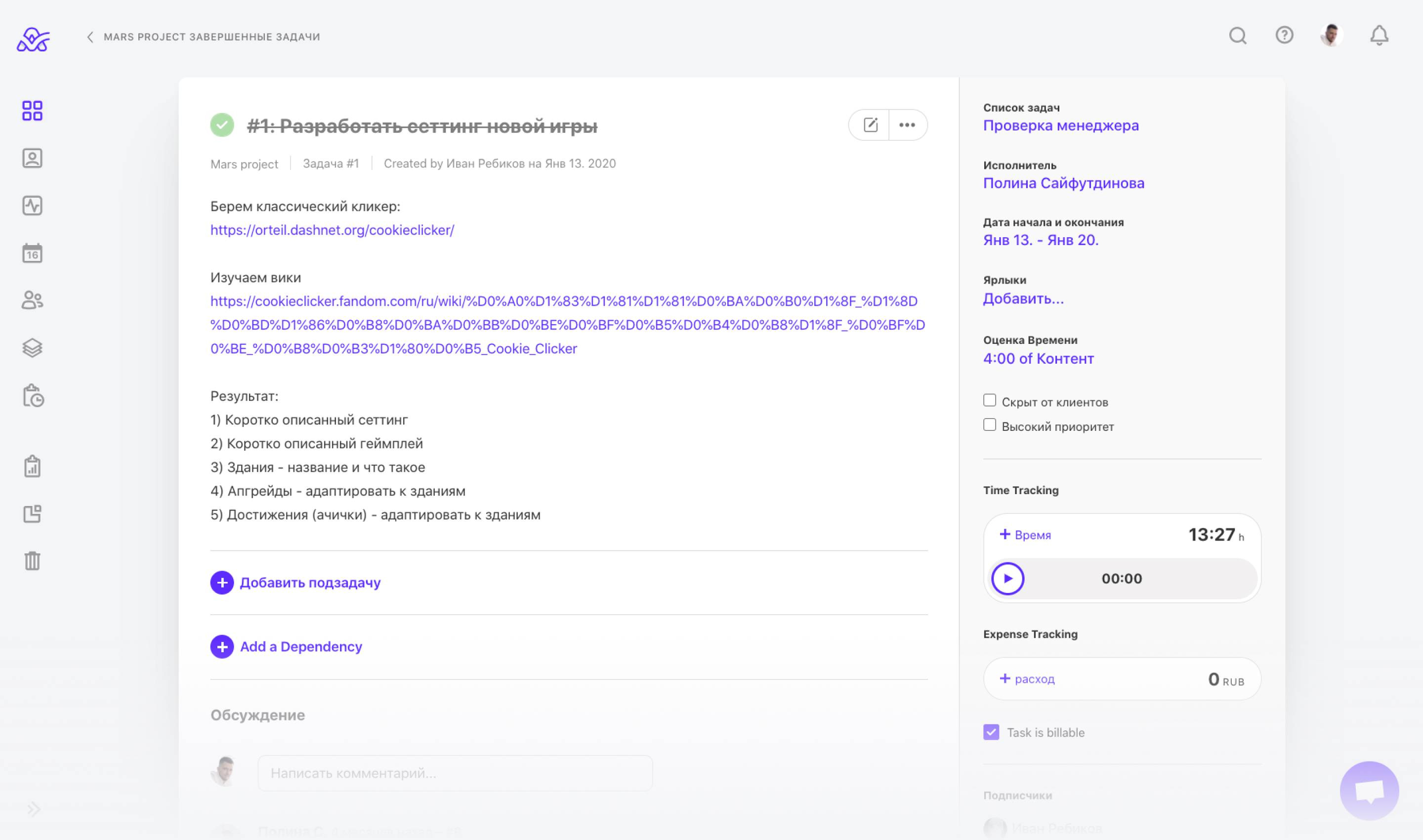 We came up with 5 options for setting up: from the magic world to the ancient civilization.

When you're offered to create a new world, you can't refuse that offer 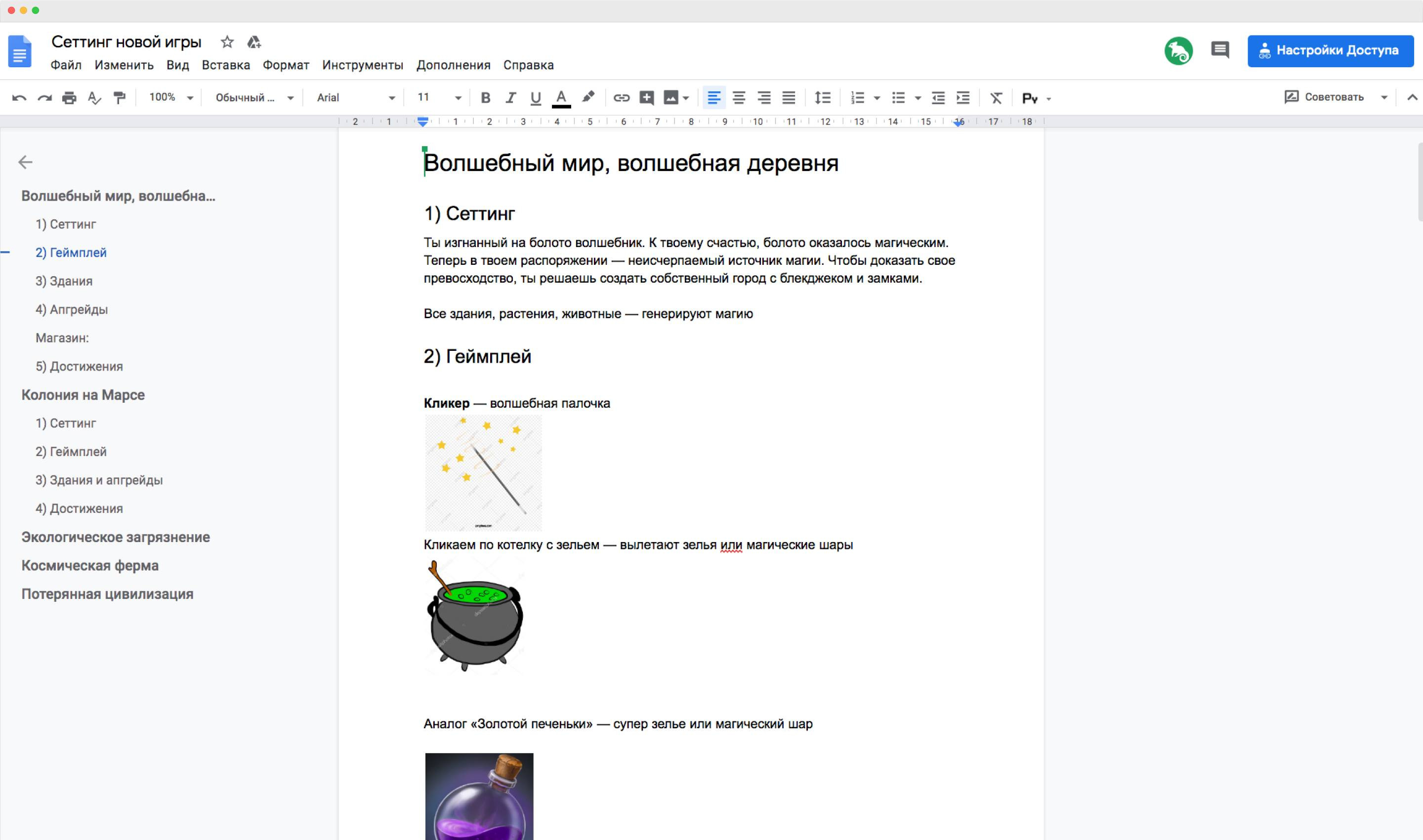 However, not all of the ideas were to the liking. So we organized a brainstorm and prepared about 20 different, absurd and unusual ideas.

From these, we made up the top three and stopped at the idea of an amusement park of the future.

The amusement park covers the widest possible audience - it is understandable for children and interesting for adults. We made a list of 16 attractions and described how the park will function. 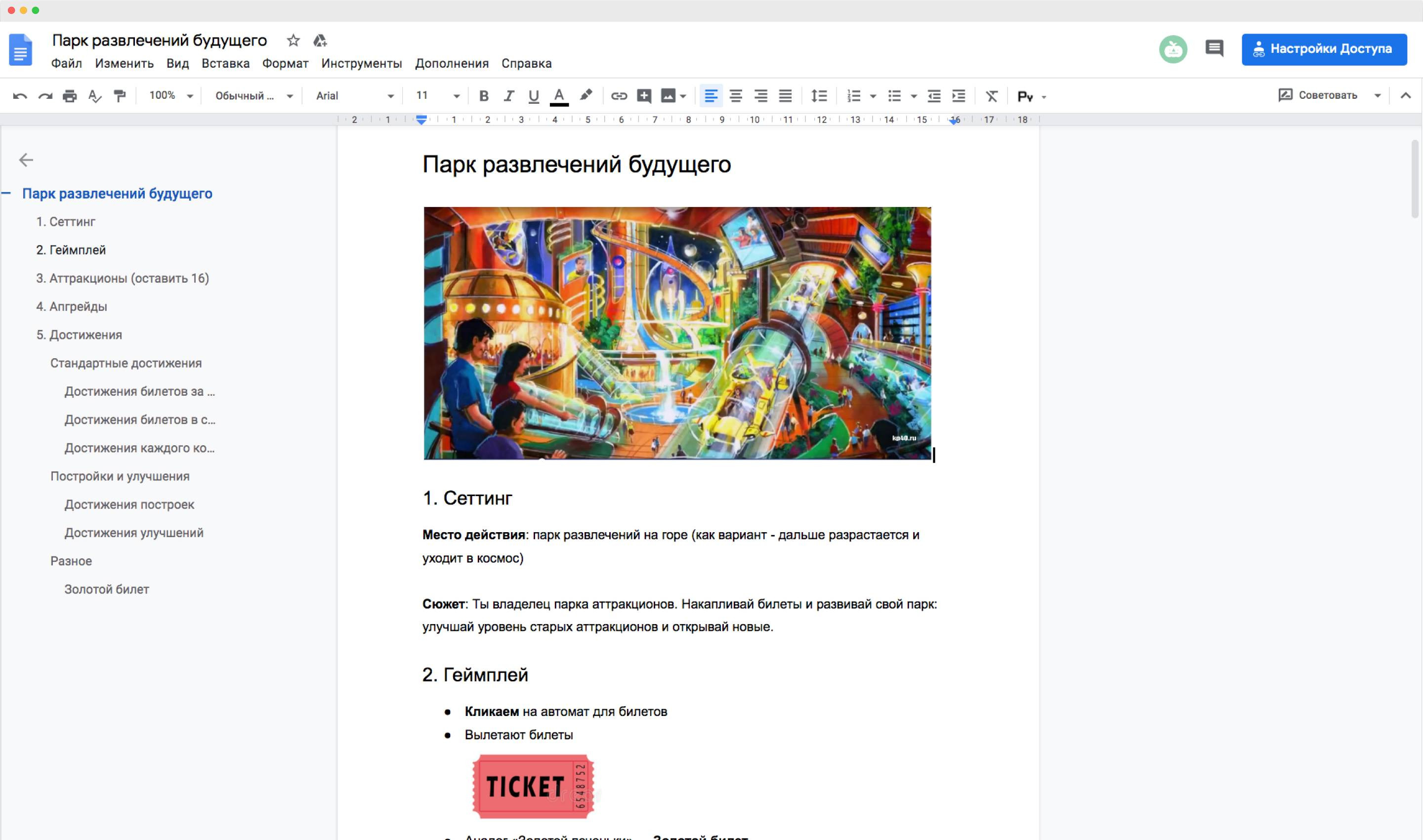 After drawing a sketch, we imagined what our gaming space could look like.

We gave the materials and sketches to the artist. He prepared several concept arts for us, but due to personal circumstances he could not continue the work. Here our project stood up...

4. And again, the concept

The project was idle and it gave no rest to anyone. The idea of the park was good, but we decided to consider more options and returned to one of the first ideas - the Martian colony.

This time Ivan took everything in his hands and gathered the first prototype of the game. 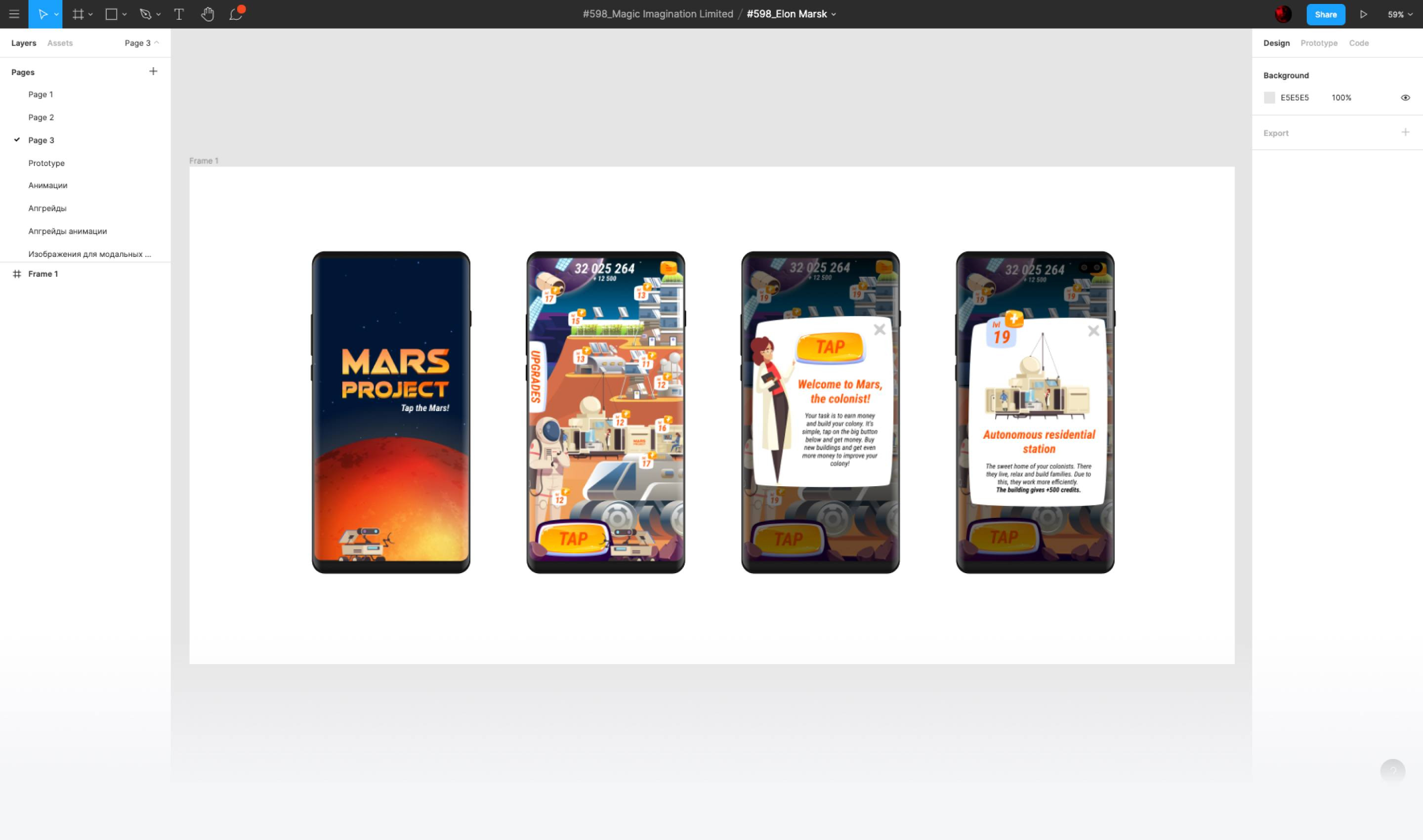 The prototype turned out to be cool, stylish, and most importantly - topical (after all, we still live on the same planet with Elon Musk 😉).

The project was handed over to our project manager, Christine.  Under her supervision, we prepared descriptions of the objects, their role and significance, and came up with several upgrades for each building. 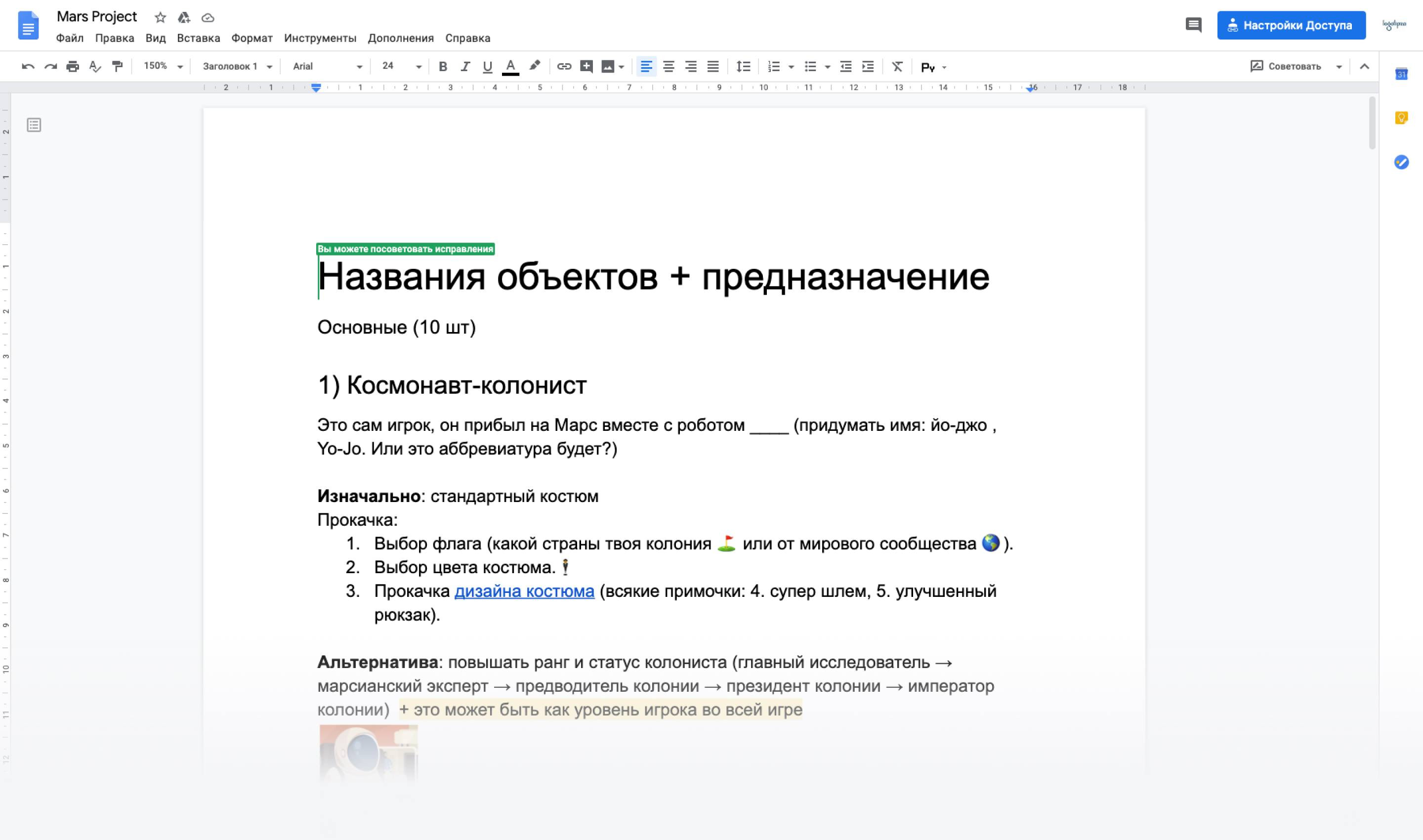 At the same time, our developer Alyona started working with the code. When we first told her that we would be developing the game, she accepted the news with due enthusiasm:

To begin with, we decided to make the game on Android, using the software stack Vue + Cordova.

A separate stage was the development of the internal economy of the game. By this time a new project manager Volodya came to the project. Under his leadership, we have improved the economic model and completed the preparation of facility descriptions. 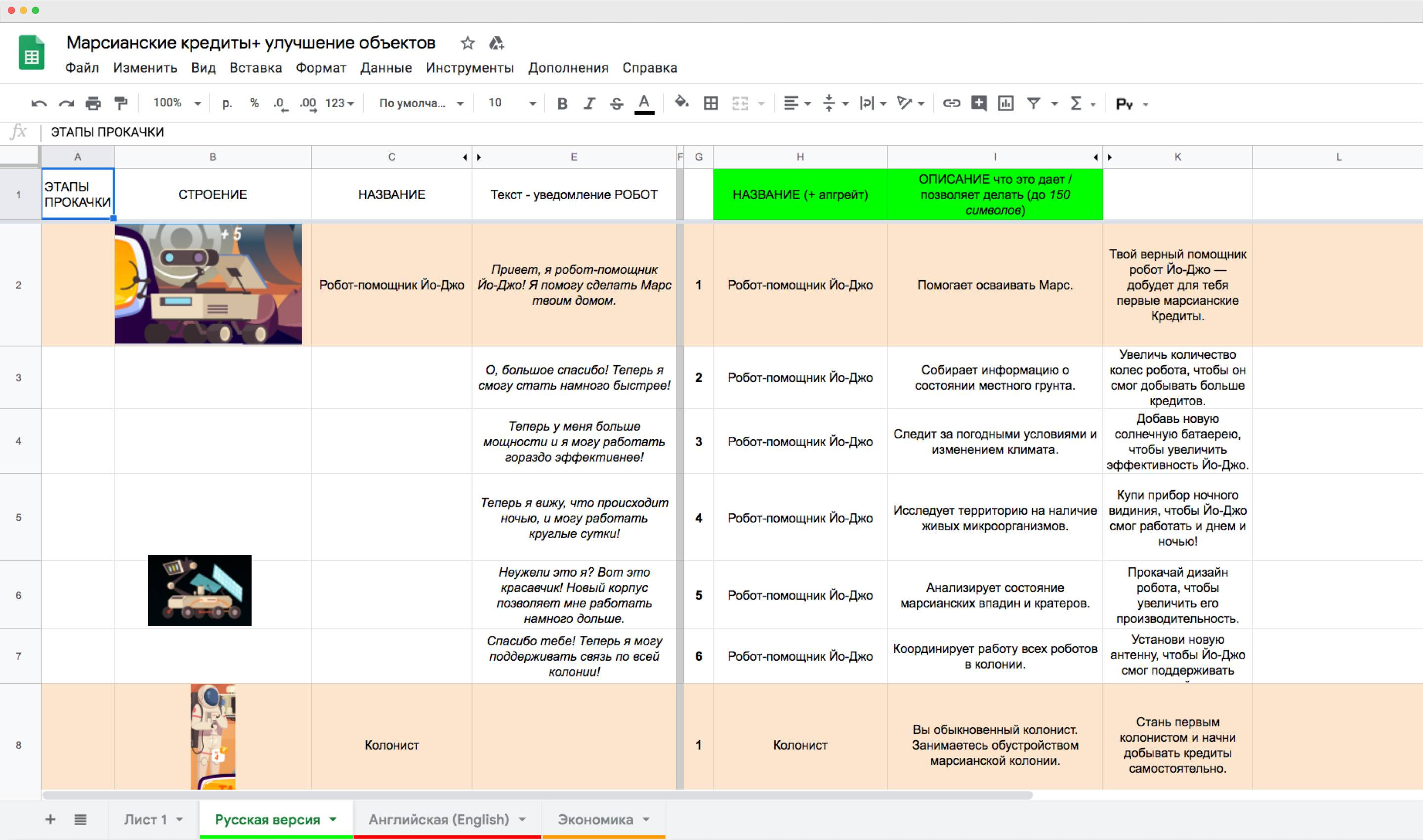 Having reworked the economy, we have added a new feature that allows to increase the cost of a tap. So the gameplay has become much more fun 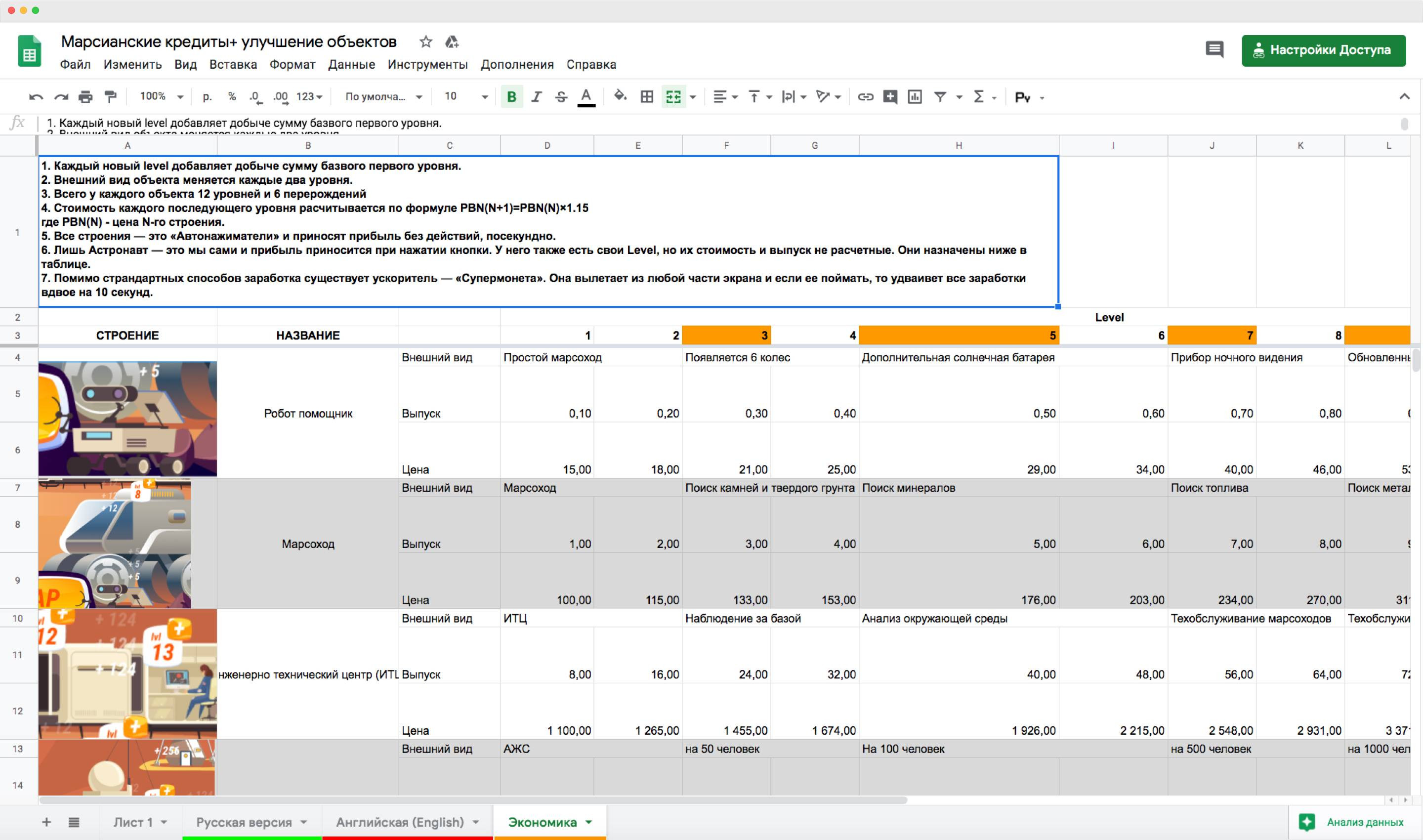 We worked on the design of the game at Figma. That's where we built the prototype and made the interface. Our designer Katya drew the upgrades for all the objects, which are 66 images.

When I was asked to work on the game, I was hesitant at first, but it turned out to be fascinating and not scary at all 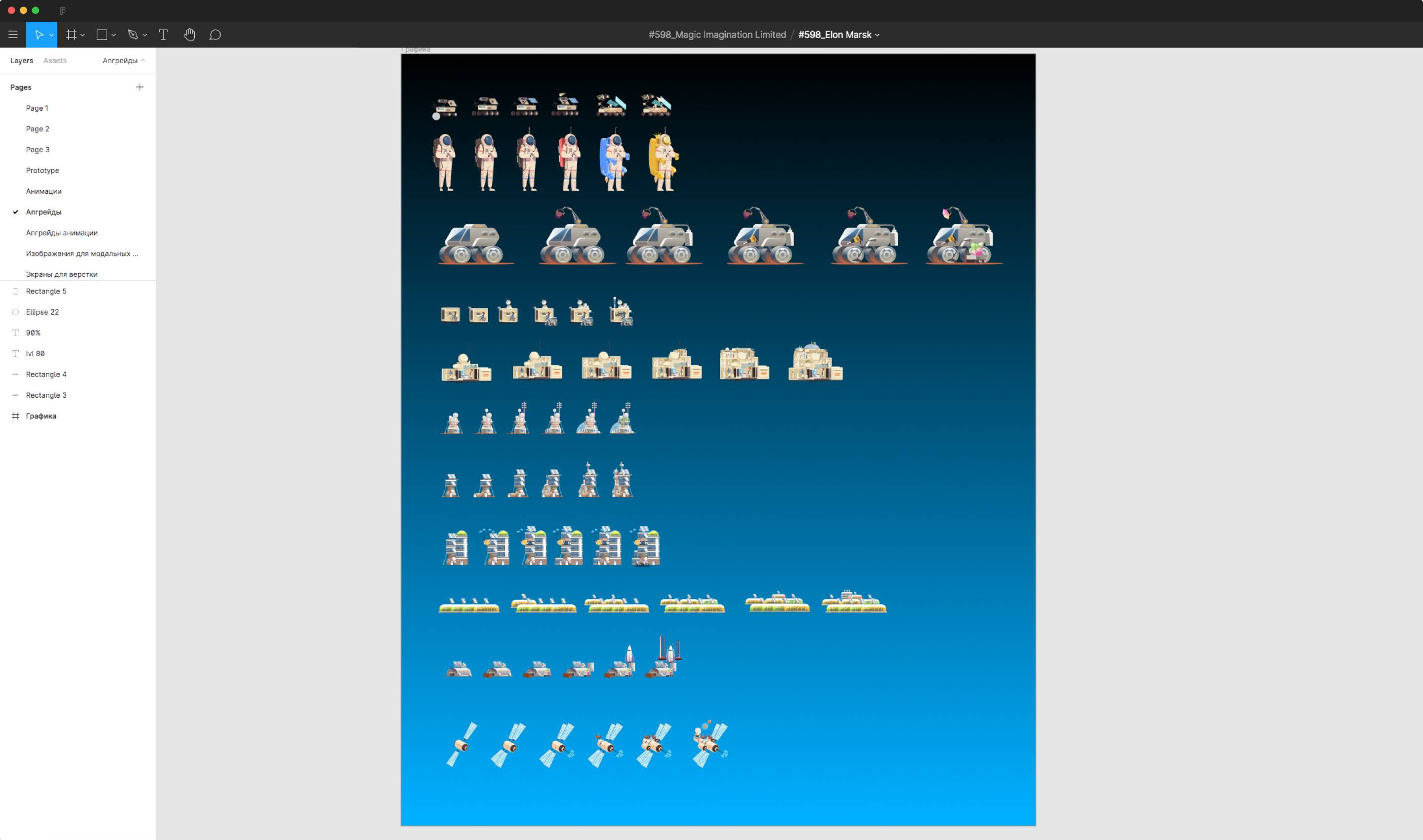 After testing the game in the emulator, we realized two things: first, the game needs onboarding, and second, we need to rework the interface elements.

We wanted to make the game intuitive, so we collected analogues of the most successful games to understand how their interface works. 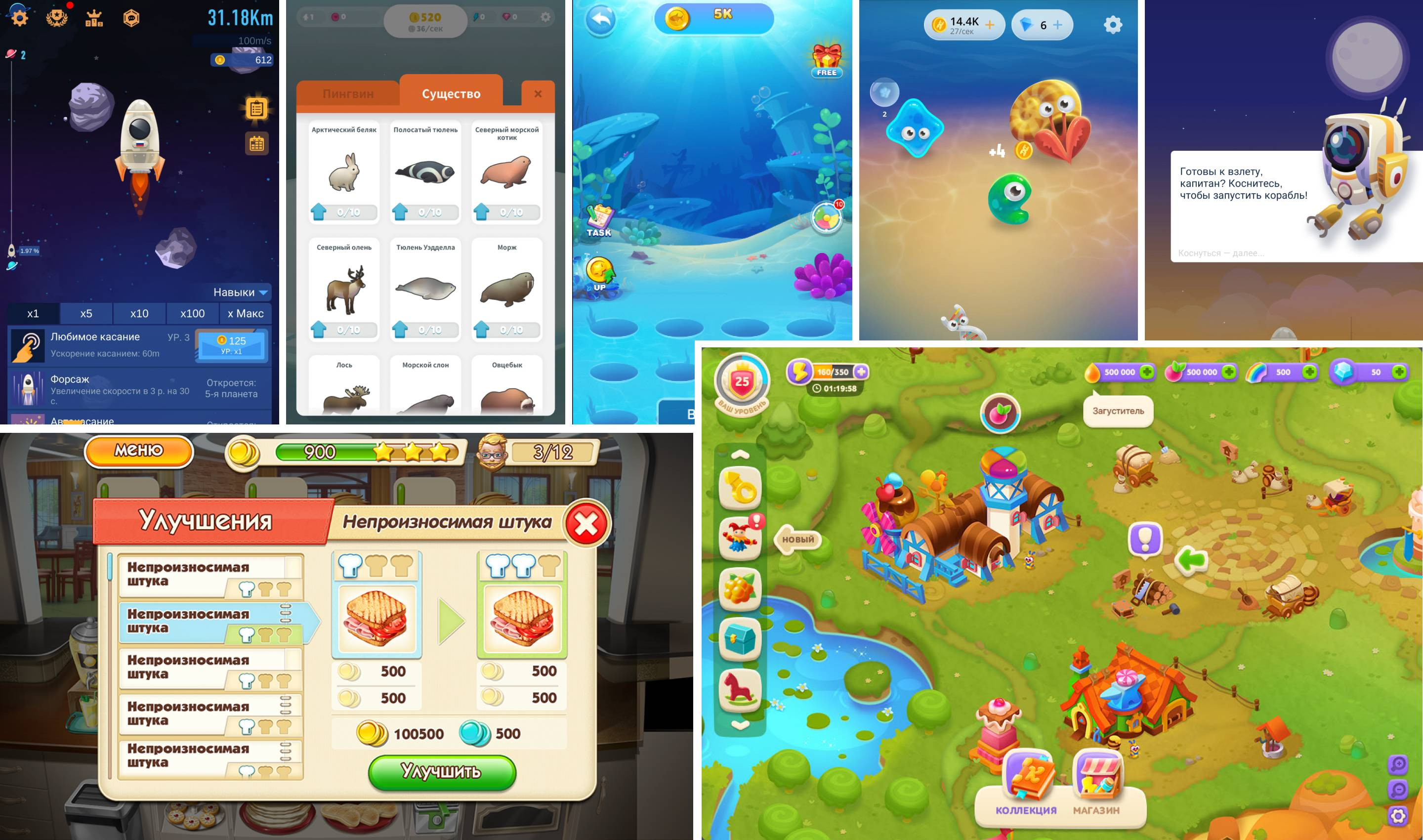 Then we improved our prototype: added new elements, changed the shape of icons and buttons. 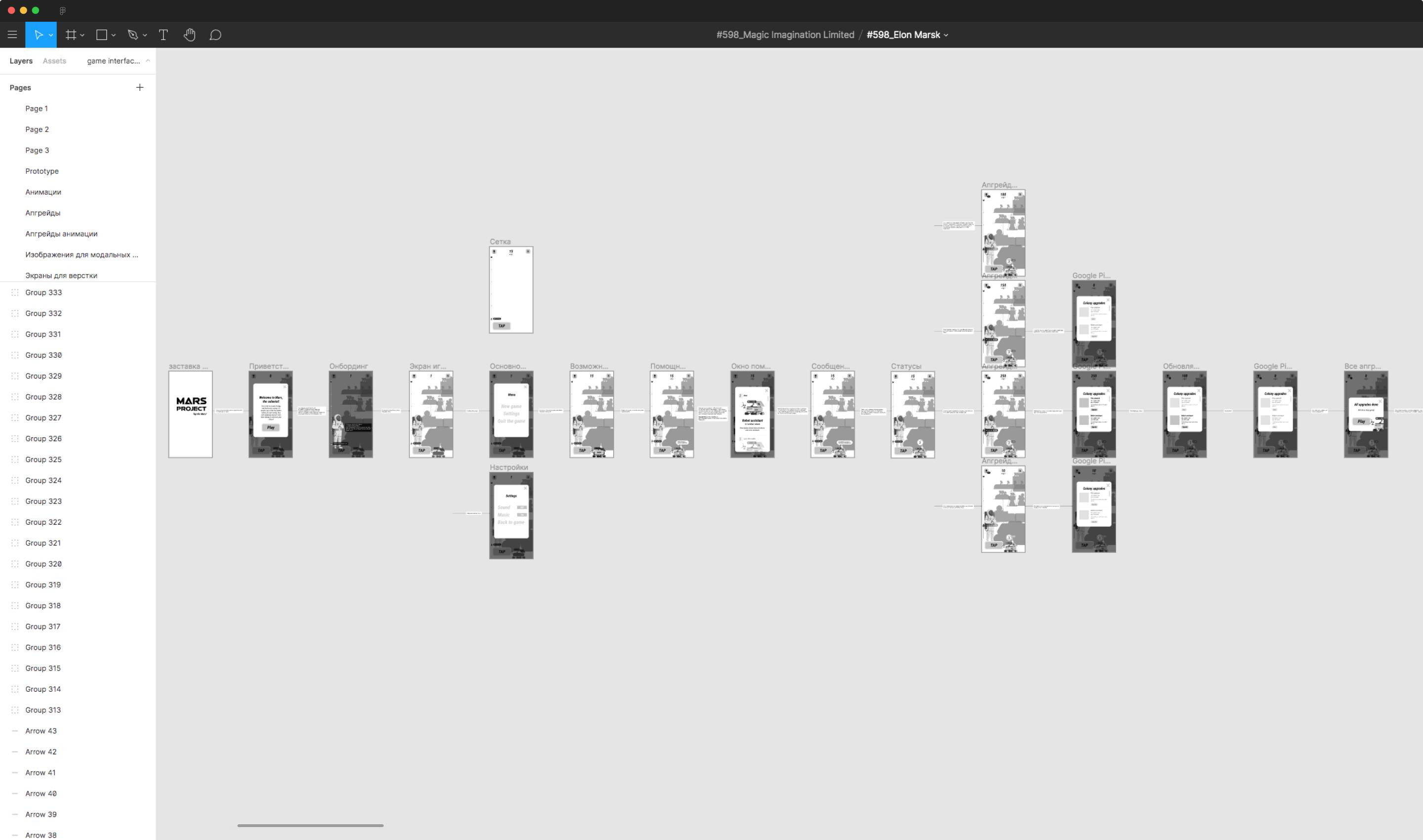 After retesting, we saw that the user has a much better understanding of the game. That's the result we've been waiting for.

9. Publish an app on Google Play

After testing, we were ready to release the game into the world. Four days of moderation and Mars Project is available for download! 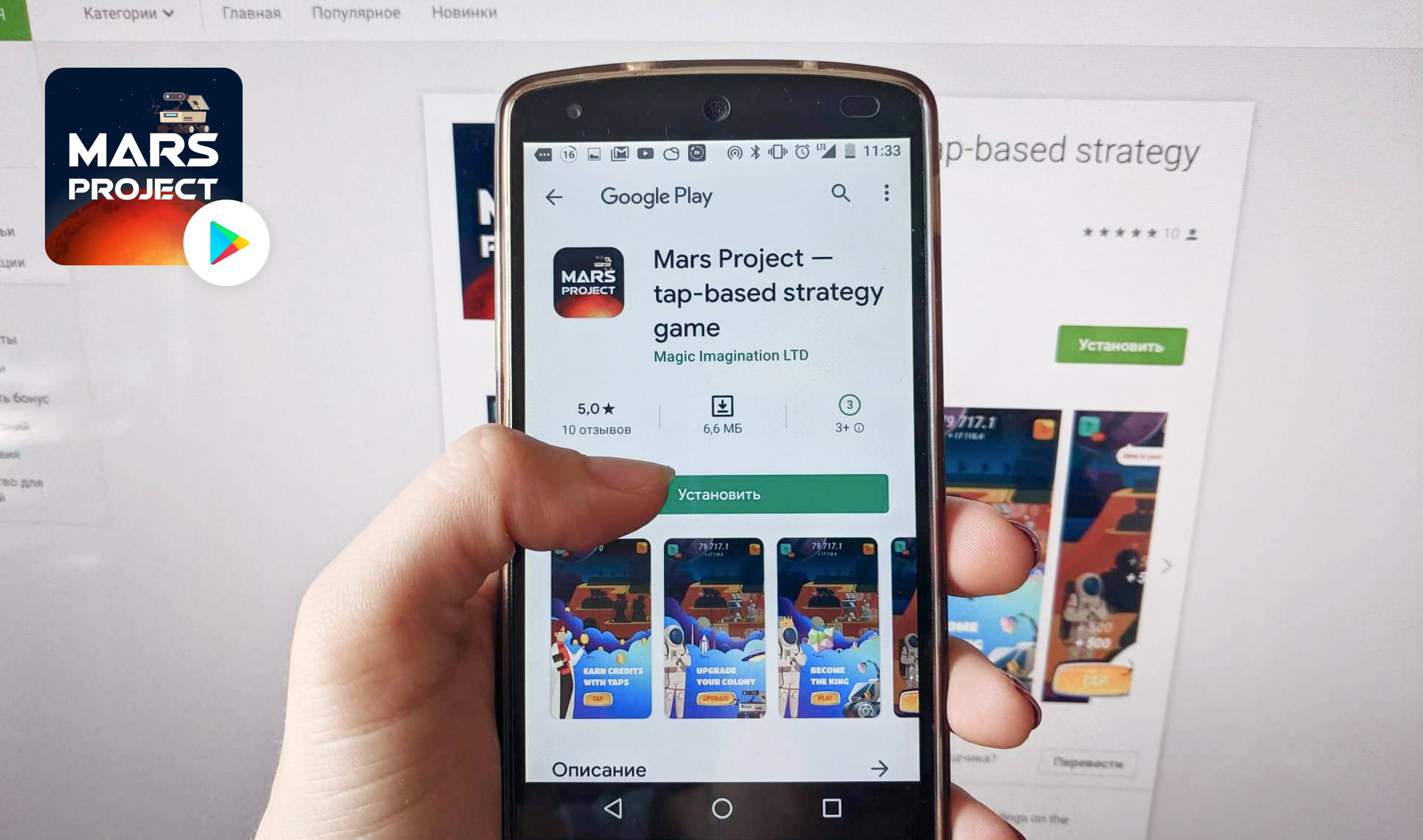 The first version of the game in English is now on Google Play, soon we will roll out an update to fix bugs and make the game even more exciting. 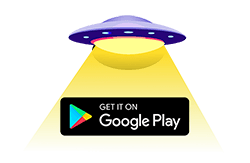 Instead of a conclusion

The casual game genre accounts for about 43 million game sessions per year (according to GameAnalytics), which is the most popular mobile game genre.

It distinguished from other games by ease of entry and easy mechanics, which do not need instructions.

And according to the company App Annie last year 72% of money spent by users of mobile applications were spent on games. That's $86 billion.

This and other facts have convinced us that game development, especially casual games, is quite promising.

It took about six months to create our game. We did it in our spare time from client tasks.

Our team went from the first set task to the full release of the game.

This is a small step for the gaming industry, but a big first step for Landau. ✨ 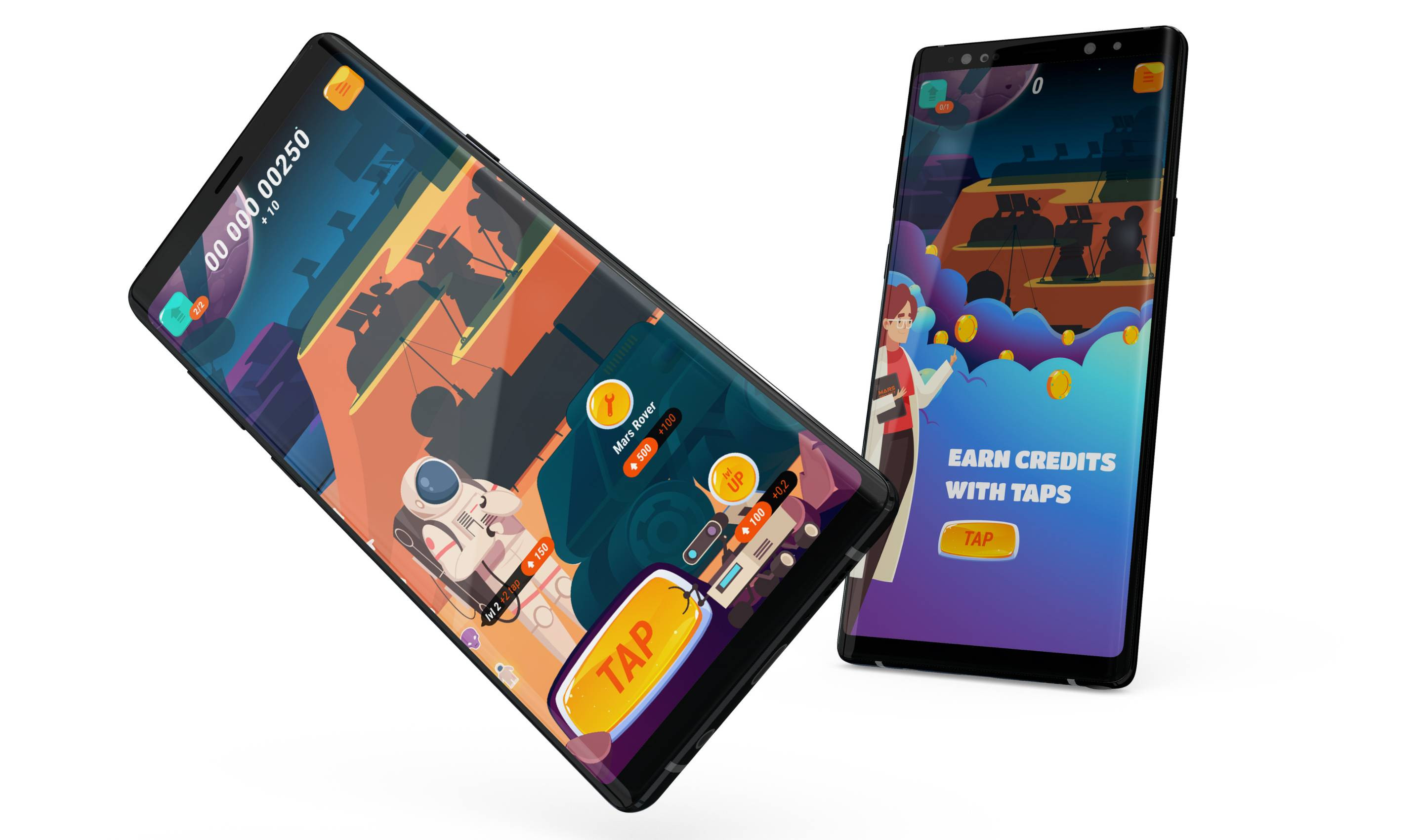