Kokoc Group is the largest digital holding in Russia, the group includes more than 30 agencies and about 1000+ employees.

We are a part of Kokoc Group, so we have many projects for the company in the field of UI/UX, design support, web design and others. Here are some of them:

Develop a universal design system for all internal company projects. 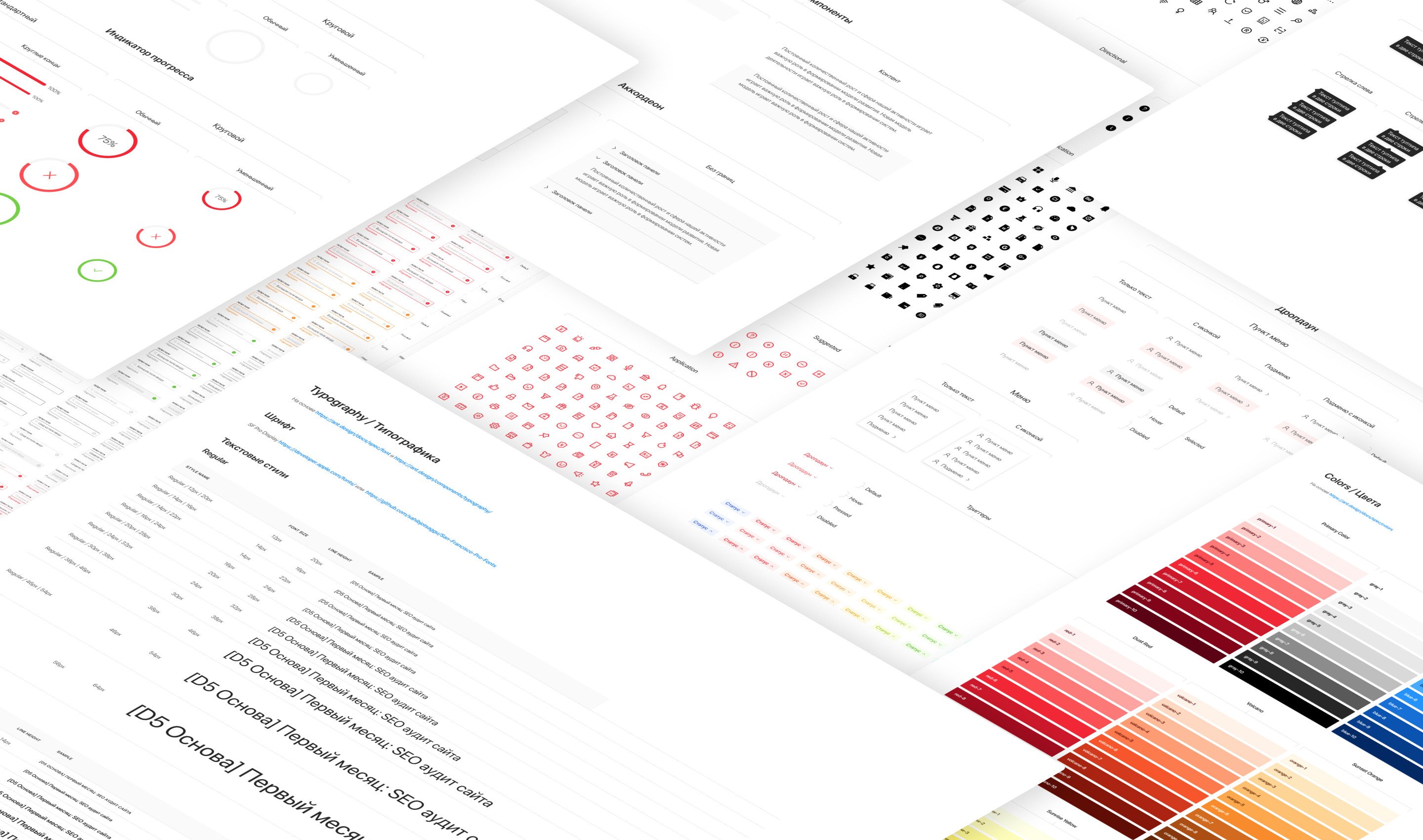 While developing another project for Kokoc Group named "Task Manager", we realized almost simultaneously with the client that it would be useful to have a universal UI solution for such tasks.

In general, the presence of our own design system is a rule of good tone for large companies. It allows unifying and speeding up product development, and users do not experience any inconveniences when switching from one system to another. 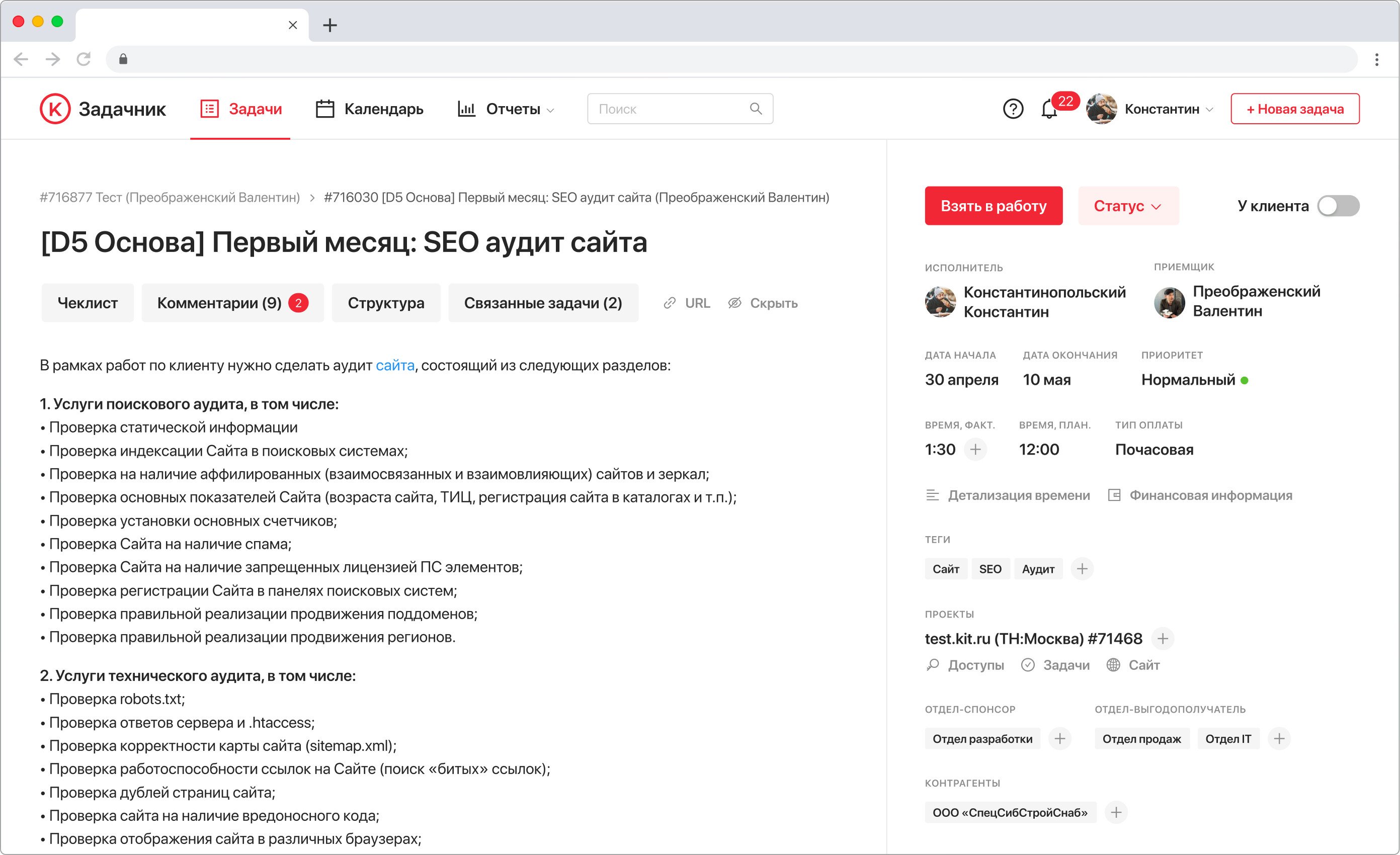 We started the task by using Ant Design, an extensive component library supported by developers from the Alibaba Group. It was perfectly suited as the basis for the future mega system.

Our designers have adapted all elements of the system according to the client's requirements, thought over the typography, picked up colors, collected and drew the missing icons. 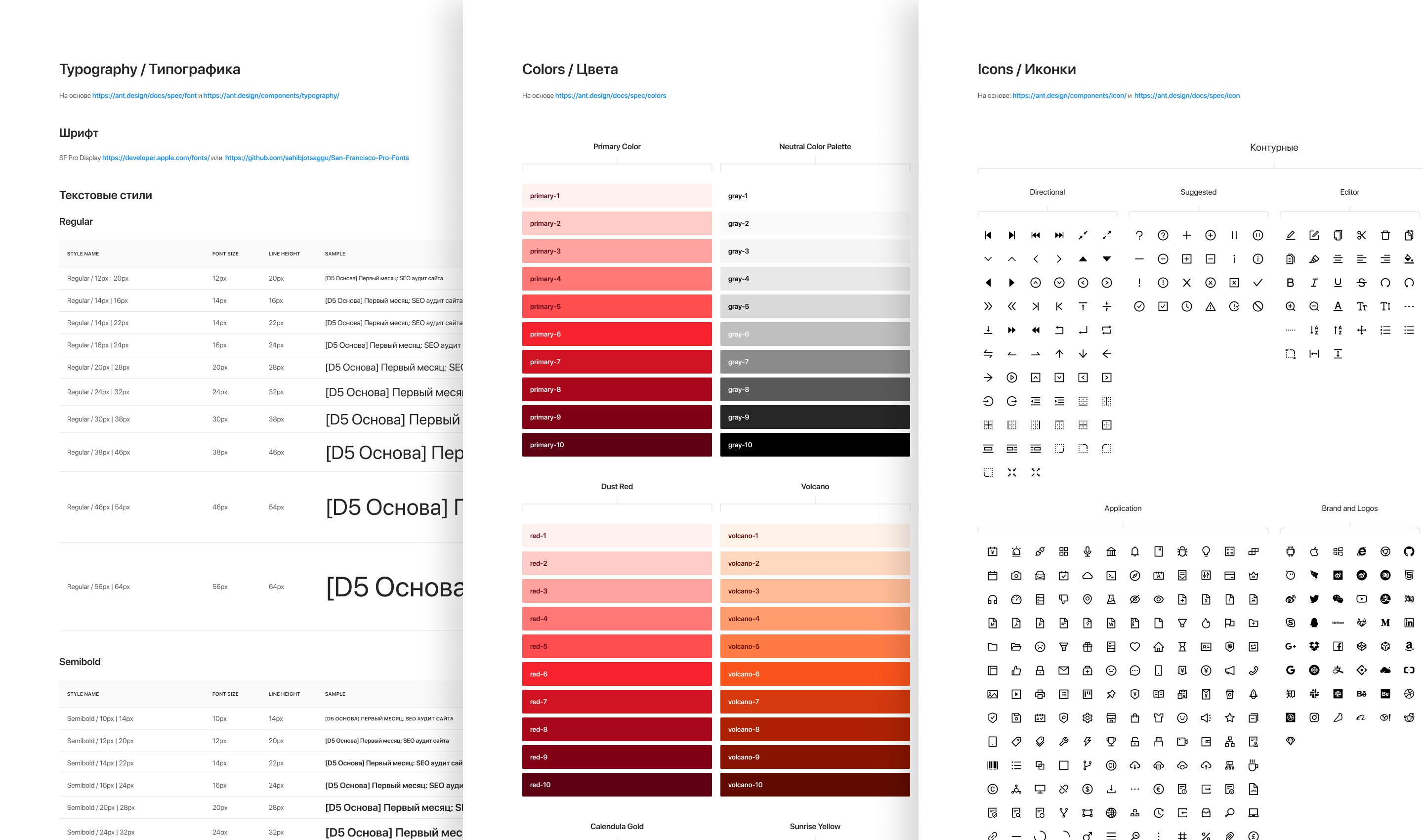 Each element, each state was designed and drawn: radio buttons, tabs, date pickers. Absolutely everything. 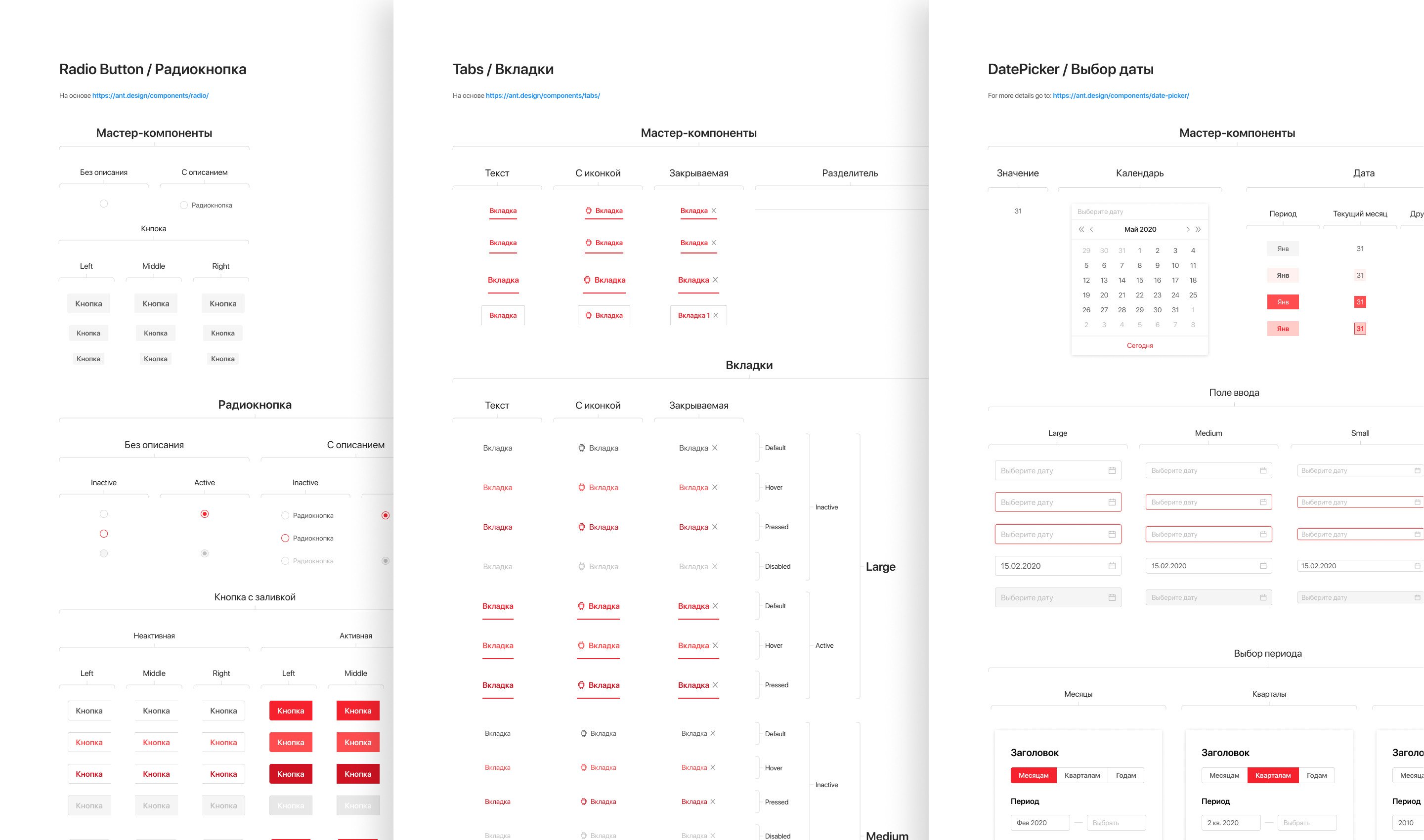 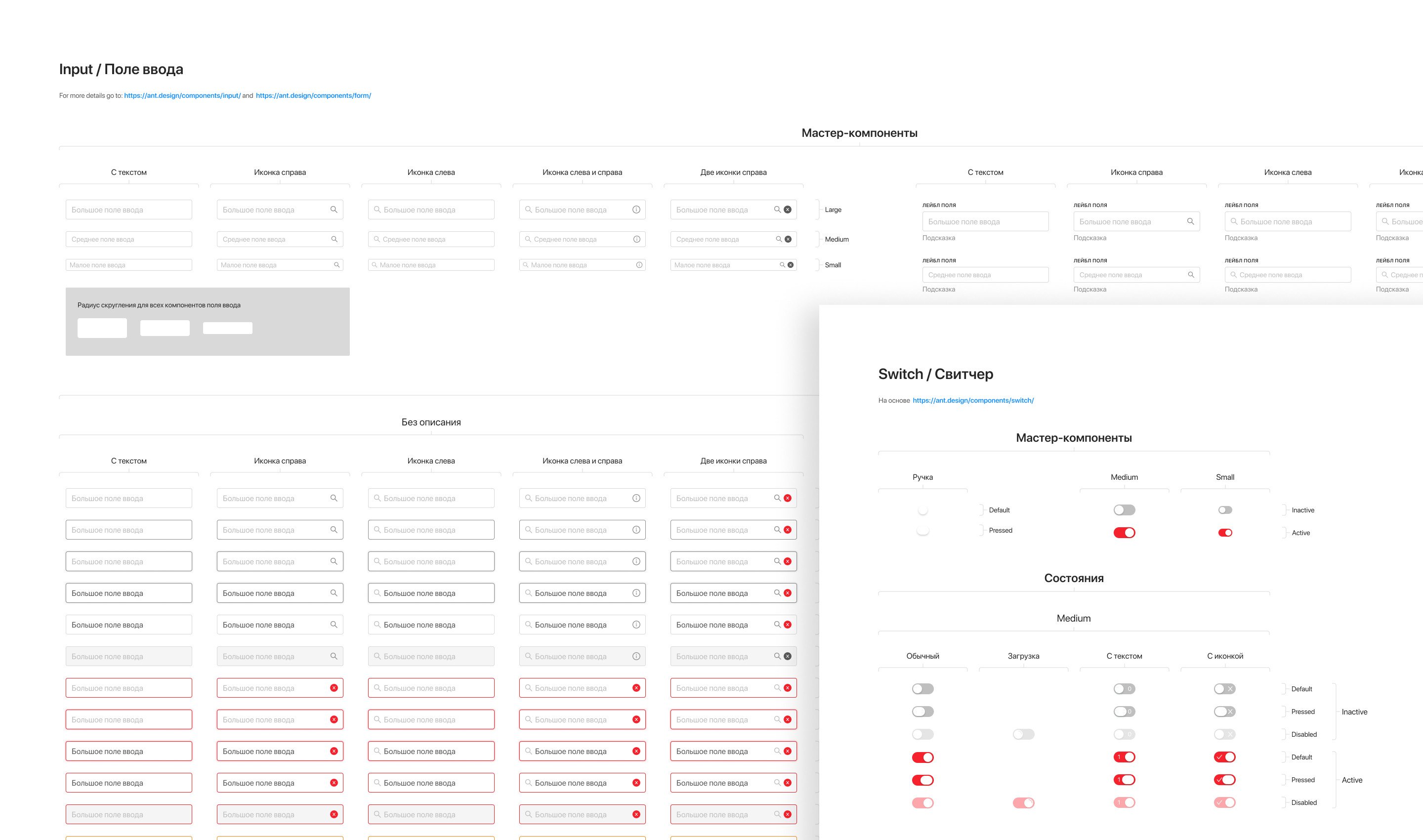 As a result, the client received a document in Figma and a set of elements on GitHub, which contain more: 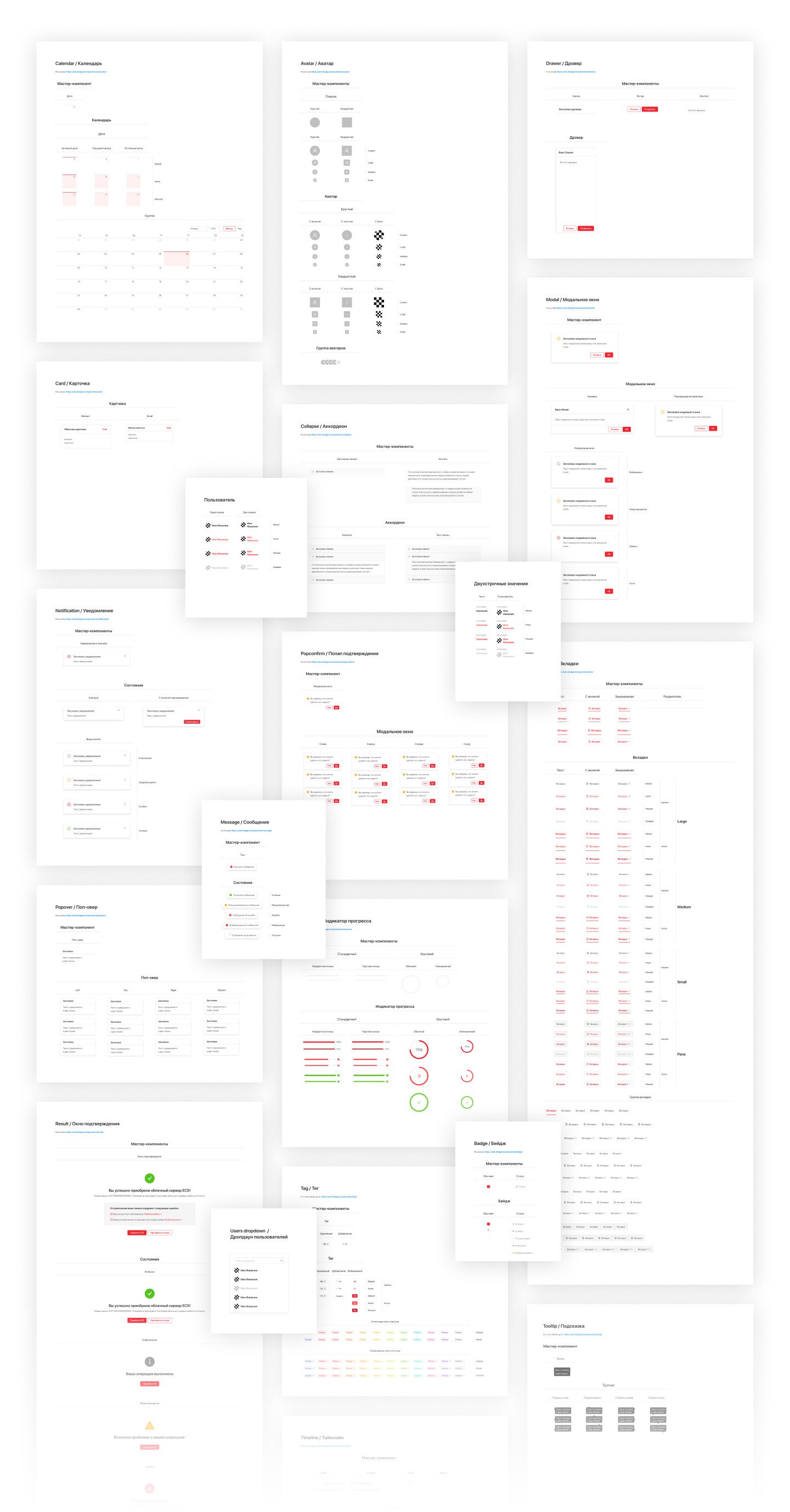